Late this season, the Bantam 1 Sharks held a team event for pediatric cancer patients at Cancer Care Manitoba.  Players from the Bantam 1 Sharks created homemade Valentine's Day cards and gift bags for the patients in the Oncology Ward at Children's Hospital.  The gift bags were full of goodies which included a large shark stuffed animal and either a book titled “Clark the Shark” for the younger patients or Squish Shark Gummies for the older patients. These gift bags were delivered to the Pediatric Cancer Center just in time for Valentine's Day and were appreciated by the patients and their families.

The Sharks also held a raffle to raise money for Cancer Care Manitoba.  They were fortunate to have a parent on their team graciously donate tickets to the Jets versus San Jose Sharks hockey game that took place on Valentine's Day.  There were also donations for their event given by the Winnipeg Jets and the San Jose Sharks Hockey Clubs.  Tickets for their basket were sold for $5.00 each at their home games in January and February leading up to the Jets game.  In total, the team raised $355.00 and presented a cheque to Cancer Care Manitoba after one of their practices in February. The money raised went directly to breast cancer research and finding a cure.

A special thank you to the Viscount Gort Hotel, Squish at Polo Park, the Winnipeg Jets and San Jose Sharks and everyone who supported this charity initiative of the Bantam 1 Sharks. 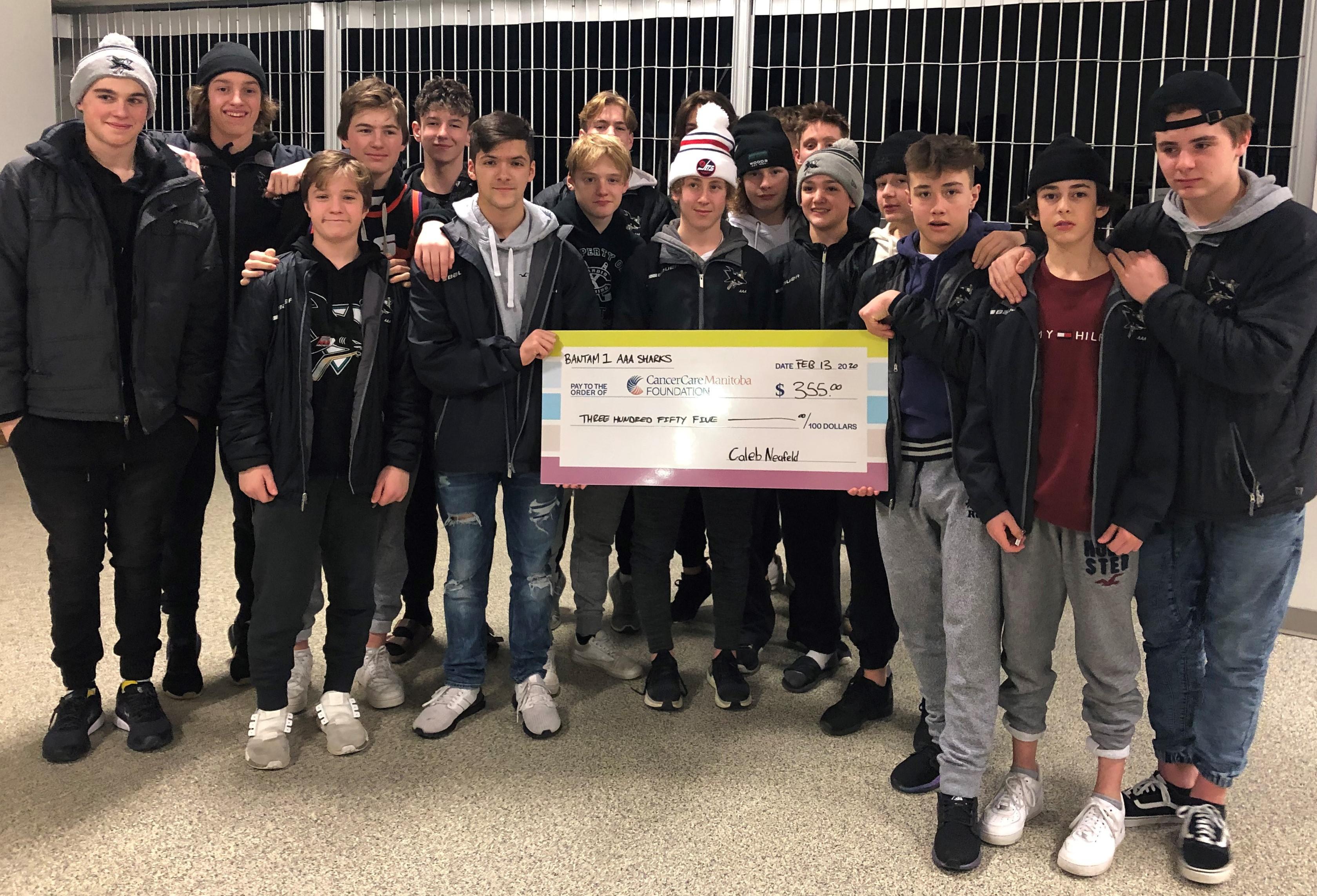